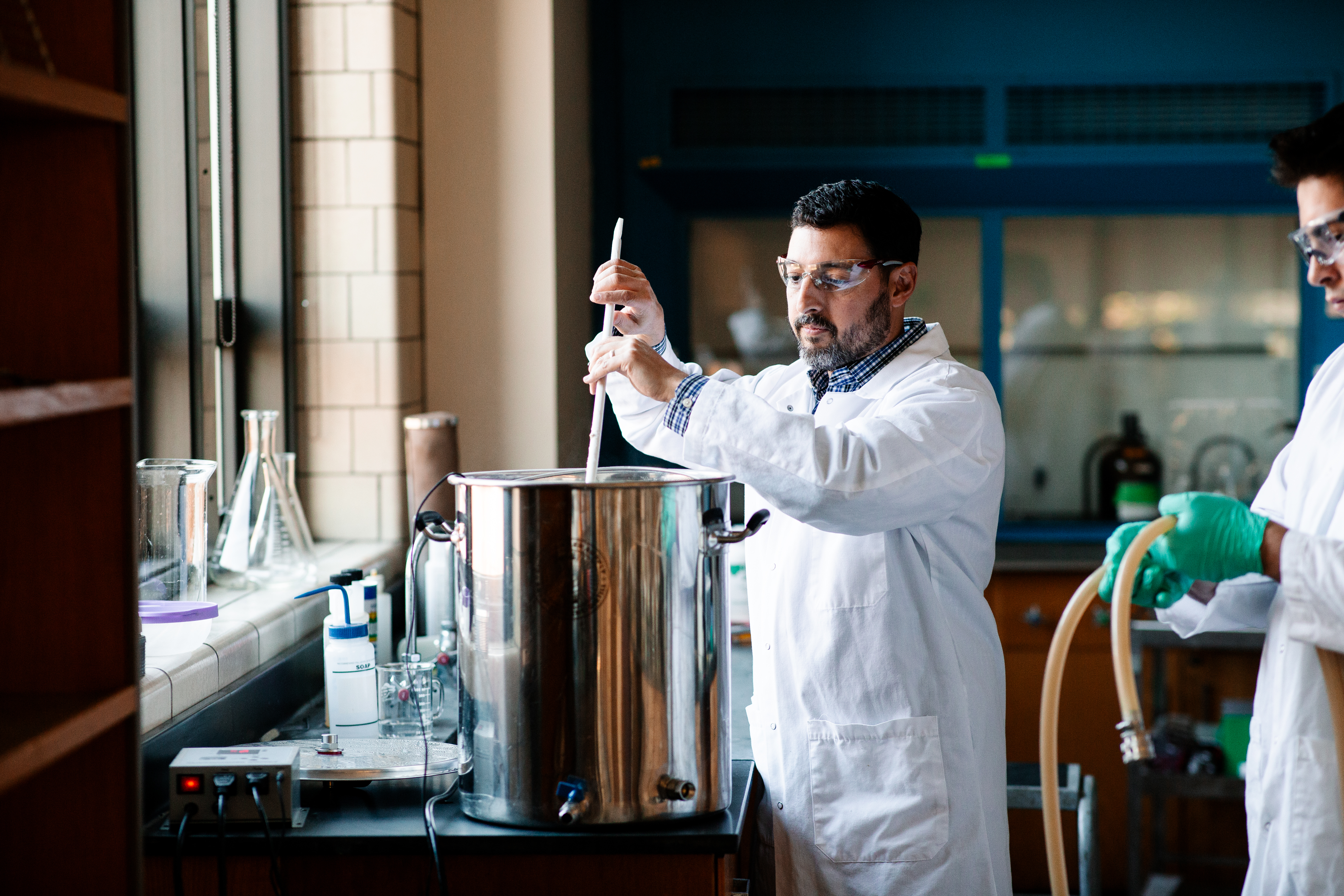 Ruane Center for the Humanities 220

Over the past several years, my interest in food chemistry has led me into an adventure brewing beer and developing my research group around the chemistry of brewing.

I am a proud husband to my wife Kim and father of six children: Noah, Madelyn, Jillian, Evan, Kathryn, and Lillian.

In my "spare" time I love to work on cars (I have a 1973 BMW 2002 that is my current project), playing guitar, and sitting out on my deck with friends drinking my latest home-brewed beer.