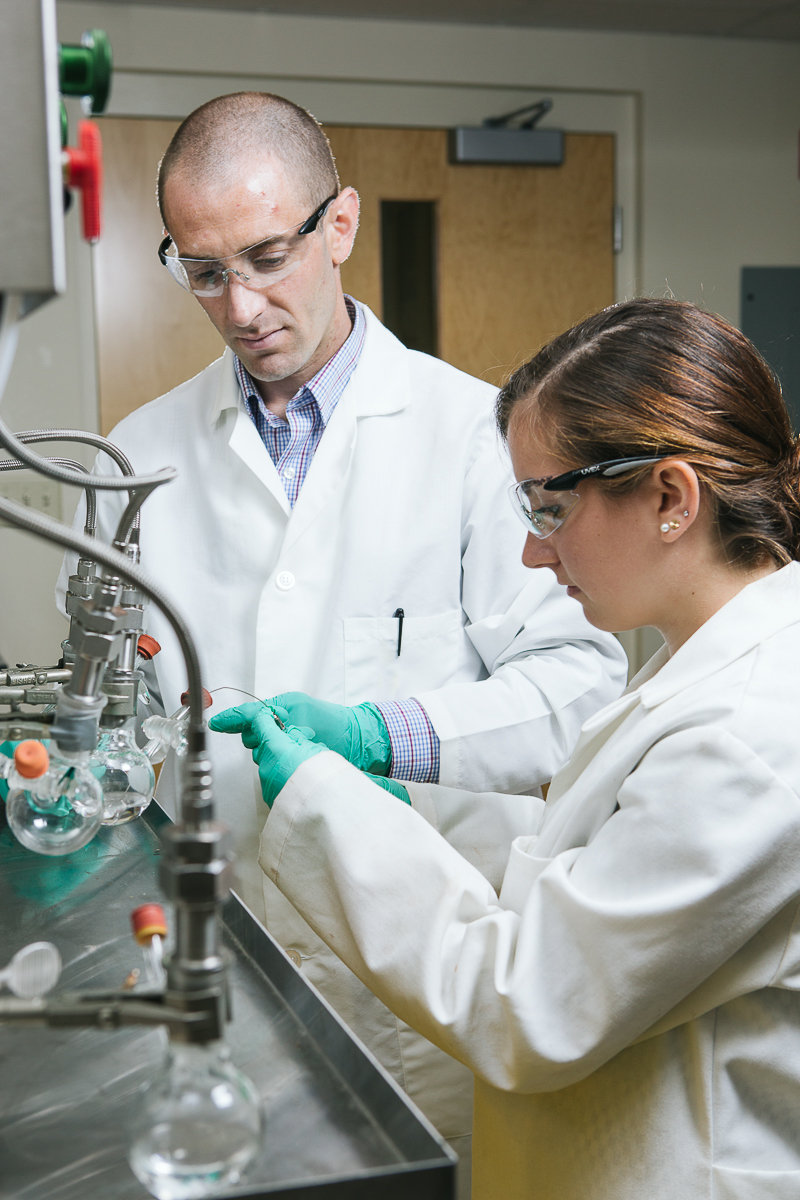 I grew up outside of Albany, New York and attended the University of Richmond for my undergraduate training in chemistry and to participate in cross country/track and field. I conducted research in organic chemistry and had such great mentorship from the faculty that I knew my calling was to teach and do research at a primarily undergraduate institution. After graduate school and a few postdocs, I came to PC to fulfill my dream of training the next generation of scientists to solve the world's greatest problems. In my spare time, I like to run, swim, bike, and hike.

The goals of the courses I teach are often directly aligned with the values of liberal education: teaching students not what to think, but how to think, so that they may become enthusiastic, lifelong learners and responsible, world-conscious citizens on whatever path they choose in life. I believe that the conditions that foster the best learning environment are the ones in which students develop higher-order skills that allow them to solve problems they have never seen before. The most important skills we can teach students are how to reason analytically, make compelling arguments, interpret data objectively, communicate effectively, and search for something they do not know, tools that they will use continuously throughout their lives.